This very short series replaced the Large Cent in 1857.  The Small Cent was created to fix the problem of the copper content being worth more than the coin in the case of the Large Cent.  I consider these coins to be among the most beautiful U.S. coins-the eagle is truly amazing to me.  Here's an interesting bit of trivia-supposedly the eagle used as a model for this coin was "Peter the Eagle," a resident semi-tame eagle that lived at and had free reign of the Philadelphia Mint.  When Peter died, he was stuffed and is still on display to this day at the facility!  The 1857 is uncirculated, as is the 1858 Large Letters.  I sent the 1858 LL in to PCGS to get it graded, and it came back MS-62, so I was pleased!  The third coin pictured is an 1858 Small Letters, and is graded MS63 by NGC (Just got it 10/18/10!).  Many of the Flying Eagles have challenges with regard to a weak strike.  I picked these Flying Eagles out over several years, looking for a strong strike and plenty of detail!  Many weaker strikes have limited detail around the head and tail area, and tend to look kind of worn as a result.  All 3 coins are strongly struck, premium examples of the series! 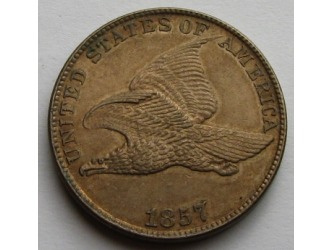 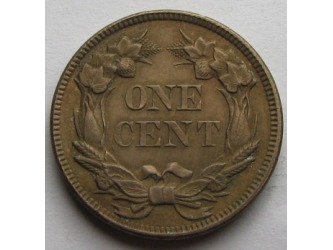 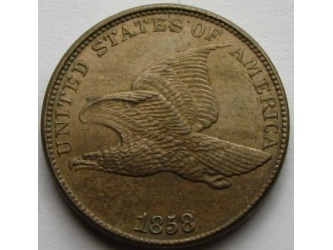 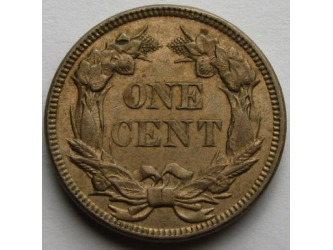 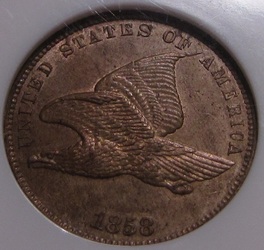 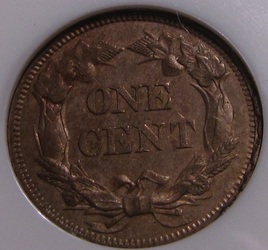